School board sticks it to the taxpayers 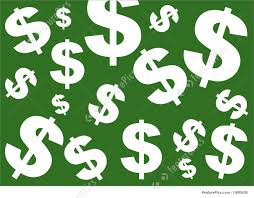 Why didn't the Board take under advisement the administration's proposal and think about spending $9,950,000 for a couple of week???

"COLUMBIA, S.C. — At the March 23, 2021 board meeting, the Richland School District Two Board of Trustees approved the administration’s proposal to allocate the $11.3 million surplus from the Fiscal Year 2019-20 General Fund Budget. The allocations include:

·        a one-time transfer of $3.5 million for the Building Fund to help lessen the impact on taxpayers for the funding of annual capital improvement expenditures."

The District had collected that $6,450,000 from the taxpayers and other sources of income. Rather than either holding onto it as a future reserve or refunding it to "those what brung it in the door", the District leadership and the School Board chose to provide a bonus to employees.

What kind of responsible fiscal management is that?

An $11.3 million surplus can vanish in a heart beat (or one good disaster).

Richland 2 needs more people on the Board who understand financial management. Right now, there are at least five who do not.