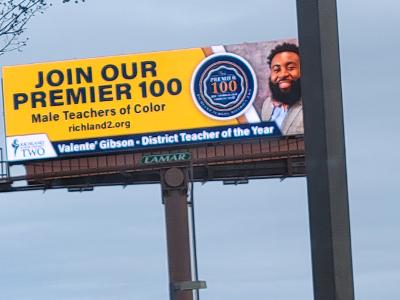 How much did Richland 2 spend on billboard advertising earlier this year to promote its "brand"?

Did they spend taxpayer cash or was some portion comped by Lamar, the billboard advertising company?

Finally. The August 9th Convocation has been unlocked. See it (part of it) on YouTube at   https://www.youtube.com/watch?v=hE_C77Dwrl8

NOTE: The Superintendent's remarks cannot be viewed on Lifestream.com. There is no re-direction there to YouTube.

According to the District today, "Due to a technical problem, the Livestream site did not record the event but we started a backup recording a few minutes after the convocation had started."

The Livestream message on the District's website indicates the convocation started at 8:30AM and ended at 10:00AM. That's 90 minutes.

The recording that is available on YouTube now is 12:37 minutes in length. What are we missing?

But you'll clearly hear the superintendent say public education and Richland 2 are under attack. I'll say that he considers any remarks opposing his position on anything as an "attack". That's the Left's response to suggestions, requests, complaints. "You're attacking...."

The superintendent asked each to assess how he did in these areas: 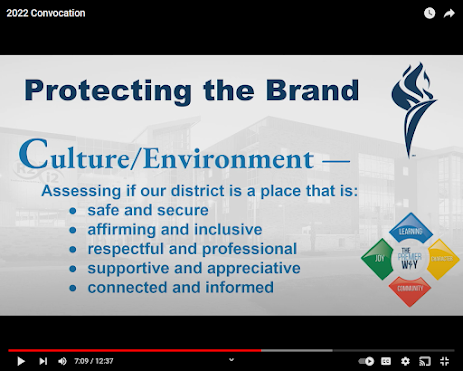 Many thanks to those who sent me the YouTube link.

What is the real reason that Baron Davis won't OK removing the password-protection lock on his August 9th Convocation remarks?
His speech on that morning was to staff, and apparently he must have said some things he doesn't want parents and the public to know. The recording of those comments is at   https://livestream.com/richland2/events/10569733, but it is password-protected, which means we/you cannot see or hear it.
If you feel that keeping it locked for ten days (or at all) is improper, please send an email to badavis@richland2.org
My FOIA Request for those remarks was dated August 11, 2022, and the clock is ticking.
at August 19, 2022 No comments: