How did Craig Khanwell "just happen" to show up at the February 8th school board meeting?
Was he invited? By whom?
Does he even live in Richland 2 school district?
LinkedIn shows a business in Lexington County that he may be involved in.
School board meetings are open to the public. He can certainly attend. But he cannot speak during Public Participation if he does not live in the District or own or operate a business in the District.
And nothing gave him the right to speak as he did (livestream.com/richland2  1:46:30).
Why didn't Teresa Holmes cut him off for violating Board Policy? Why didn't fraternity brother Baron Davis cut off?
Shall I list the reasons they didn't?
At first I thought it was the lies published by Richland Two's media relations department that were the source of Khanwell's rants. He seems to accept them as Truth, according to his Facebook post on January 27, 2022 at 11:45AM. He wrote: "THE TRUTH IS IN THE ARTICLE BELOW!
"Once You Crazies Start Going After That Man's Wife With Your Foolishness: All Bets Are Off!!!
"Do You All Really Think That Black Manhood In Columbia, SC Is So Weak That We Will Allow You To Behave Like You're On Some Damn Plantation and You Can Accost Black Women At Will?!
"This Kind Of Asinine Behavior Will Be Met With An Appropriate Response If It Ever Raises Its Massa Mentality Head Again!"
If that's not a threat, I don't know what it.
How many more people believe the "spin" put out by Richland 2 School District? When you believe LIES, then you tend to do crazy things, like show up at a school board meeting and spew out Louis Farrakhan radical nonsense and threaten white people. Or any people.
What if Khanwell did determine the truth? What if he had to accept that no one "accosted Pamela Davis" or any woman at a school board meeting or at R2i2?
Would he make a public apology for his rant and his threats? Is it in him to apologize?
at February 12, 2022 No comments: 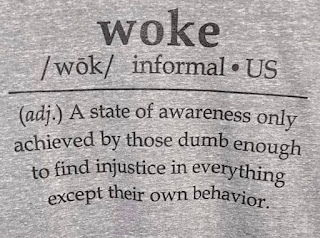 If you want to hear the most worthless political campaign opening speech of the year, be sure to watch the ending of the February 8, 2022 meeting of the Richland 2 school board.

(Illegitimate*) board chair Teresa Holmes began her closing remarks at 4:14:40. That's on livestream.com/richland2  (Disregard the ongoing error with the date embedded in the video at the top left, which reads "081120"; the District seems to be incapable of correcting that error in meeting videos)

The public meeting had been dragging on and on for three hours at that point. If she had had any grace, she would have thanked all for coming (except Craig Khanwell) and adjourned the meeting.

We should all be thankful that Teresa cannot say everything she would like to say (4:15:12). If she did, would that make Craig Khanwell blush? Would Teresa come up with a fire-and-brimstone message that would make everyone forget what they had to endure when Khanwell ranted and raved (starting at 1:46:30)?

Teresa started talking about the 2022 elections coming in November. She didn't directly use the word "elections", but  that's what she was talking about. She said she doesn't really care about what is coming in 2022 (meaning the elections). Whoops! She is bringing politics into the board meeting. Of course, she cares. Teresa is already worried that she won't be re-elected. And, if she is, she'll find herself on the short end of failing votes, because the public is sick and tired of her "leadership" since July 1, 2021. 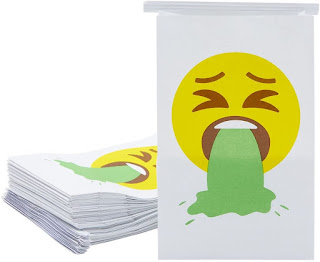 Then she brought up that Judas walked with Jesus.

GIVE ME A BREAK. SAVE THAT FOR CHURCH OR YOUR PRAYER GROUP, TERESA.

And no one objected. Not one person. No Point-of-Order was called. No one in the audience objected.

Oh, and then she said how she sat through the February 4 workshop and was "disheartened". Oh, poor me. No wonder that chair is so hard to sit in.

Then she said again to "you all, as parents", you have to stay woke.

What's wrong with this District? It's not that the demographics are changing. It is the racism that is accompanying those changes. That's the elephant in the room, and she is sitting right there in the chair's chair, right next to the superintendent (who ought to be sitting across the room with the rest of the staff, and not occupying the King's chair of prominence right in the corner).

And again, she said, "Stay woke, as a community." She spoke about teachers and staff who are getting awards. Did she mention the 56.2% of students in poverty? Nope!