This is the (not-so) proud owner of a $57,100 debt to the South Carolina Ethics Commission. Who is it?

Amelia McKie, trustee-elect of the Richland 2 School Board. 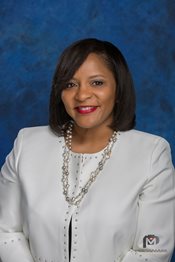 Her debt was $51,700 in February 2019, when I figured out that she was not a legitimate member of the school board. Why isn't she?

McKie has never taken the oath of office legally.

She was elected to her second term on November 6, 2018. The oath was administered to her on November 13, 2018, but that was three weeks before she became eligible to take it. She should have filed her Statemet of Economic Interests Report (SEI) with the South Carolina Ethics Commission before taking the oath!

She did file that SEI on December 4, 2018 and, on that date, she first became eligible to take the oath of office and commence the official responsibilities of the office of school board trustee.

Because she has never taken the oath legally, she has been usurping public office, receiving tax-payer funds as a monthly stipend, and receiving expenses from the public monies of the school district.

Due to additional violations of ethics laws, her debt now totals $57,100.

She apparently has no qualms about thinking she is qualified to serve and oversee a $300,000,000 annual budget of the school district, even though her debt remains so high and she has trouble filling out the required forms for the Ethics Commission's quarterly and annual reports.

What should happen now?

At the very least, she should raise her right hand and take the oath of office. Even though she'd be more than three years late in doing so, she would become a legal member of the board.

But then the District would have to go back through three years' worth of Board records and remove every vote she cast.

Or she could just resign from the board. They can't kick her off because of the fines from the Ethics Commssion because, unfortunately, there is no South Carolina law that prohibits holding (or running for) public office if you owe a huge debt for ethics fines.

McKie's term-of-office ends in November 2022. Perhaps the voters will be wise enough this time not to re-elect her. They sure missed the boat last time!

Where is Be SMART?

On Thursday, December 9th, with great fanfare a Be SMART initiative was announced at R2i2. It is to be a partnership between Richland 2, a number of other school districts, law enforcement agencies and healthcare sytems.

Three Be SMART volunteers showed up at the December 14th school board meeting to pose some "Did you know ...?" questions to the board. As I listened to the questions, which seemed straight out of the Everytown for Gun Safety anti-gun playbook, I wondered how much of the information was distorted. And there is a reason that I wondered.

Everytown and MOMs Demand Action (and now Be SMART) seem to me to be an anti-gun organizations, rather than specifically anti gun-violence organizations.

I awakened early today (3:45AM) and, before arising, glanced at The State newspaper on my phone. Bad habit; I know. There I read about a 13-year-old boy who died by gunshot at the Harbison Gardens apartment complex. That's over by Columbiana Mall, off I-26, in the City of Columbia. Apparently, another boy and he had gotten hold of a firearm about 11:00PM.

There is plenty of anti-gun talk around Columbia, but is anyone really doing anything to educate kids and young adults about firearms safety? I roughed out what I can do. What I can do is NOT wait for "government" (i.e., school districts) to assemble a grand program. I have ideas which will work right now. Some of them could even have been implemented since December 9th. I'm starting on them today.

Every kid should be exposed to the four (4) rules of firearms safety.

1. Treat every gun as if it's loaded.

2. Never point a gun at anything you don't want to destroy.

3. Finger off the trigger until you are ready to shoot.

4. Be sure of your target and what is beyond.

Most gun injuries and deaths are not "accidents". They are caused by negligence. Some are the result of just plain stupidity.

The criminal use of firearms is another matter. Students' taking guns and other weapons to schools must stop. As in, S-T-O-P.

A local group wants to slow down the school-to-prison pipeline. It's simple. Make it plain to the kids that committing crimes will land them in jail or prison. How do you stay out of jail? Don't commit crimes. What could be simpler?