For a discussion of the interview between Joy Reid (MSNBC mouthpiece) and Christopher Rufo, Manhattan Institute senior fellow, see this FoxNews article: https://www.foxnews.com/media/christopher-rufo-msnbc-joy-reid-critical-race-theory

Pay close attention, when you hear any of these words in Richland 2 School District.

Robin DiAngelo is mentioned in the article. I tried to read her book but quickly gave up. I have a strong stomach, but it's not strong enough to digest her drivel.

In all (well, some) fairness to Joy Reid, I would not know her from Godzilla's mother, if both were standing in front of me.

Thanks for Loudoun County, Va. parents and the school board there, Loudoun County has been much in the news about the parents' fights with the board over Critical Race Theory.

Do you think CRT is right here in Richland 2? Do you know the extent of "diversity training" (mind-bending) in Richland 2 School District? Think you should find out more - now?

Here's an article for your reading enjoyment.

And here are some highlights from that article:

police arrested at least two parents who refused to leave a public school board meeting.

progressive ideology in the classroom.

Between 2018 and 2020, LCPS spent $422,500 in taxpayer funds on diversity training programs hosted by The Equity Collaborative, a California-based consulting firm.

How much has Richland 2 spent?

promoting social justice in the classroom

the district’s progressive school board. The board did not publicly announce many of the changes

speech code that would have prohibited teachers from criticizing the school board’s racial equity plan. District employees were instructed to be committed to “action-oriented equity practices” in all forms of personal and public speech.

teachers were required to undergo an equity presentation

teacher bullying a student for saying he takes a colorblind approach to observing people.

Parents who pushed back against critical race theory in Loudon County were met with intense pushback from the “anti-racist” community, including teachers.

A black mother called the board racist for daring to teach her children that they were oppressed.

The board voted to silence parents condemning them by suddenly ending the public comment portion of the meeting, which was scheduled to go on for hours. 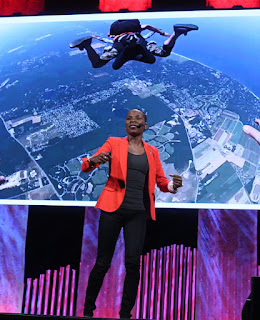 There are two short TED Talks by dynamic Luvvie Ajayi Jones. Without saying more, I'll just recommend them and urge you to listen to them.

"Get Comfortable with Being Uncomfortable"

"How to be a Professional Troublemaker"

Every parent and every student should hear these two talks. Read her books, too. And check out her website at www.luvvie.org

One of the most important school board meetings of the year will be held Tuesday, June 29, 2021. A massive number of the public should attend - to speak and to observe.

On June 29 the officers for School Year 2021-2022 will be elected. Only one office is really important - The Board Chair position. The Chair and the Superintendent are the ones who set the agendas for twice montly board meetings, workshops, etc.

The Secretary is also important, because the office protects the official signatures on documents. You may remember that a Secretary resigned in 2019, rather than attesting to the naming of Amelia McKie in school bond documents as Board Chair and McKie's signature on bond documents.

The Vice-Chair acts only in the Chair's absence. The Vice-Chair should be completely familiar with the requirements of the Chair for running board meetings, which hasn't always been the case in the past.

This year the public should demand that the seven-member board elect leadership (Chair, Vice-Chair, Secretary) that is more conservative than in the past. Important issues to be addressed are the continuing direction toward Critical Race Theory and the presence on the board of two trustees-elect who have never taken the oath of office legally. The board should get training in Robert's Rules of Order.

The longer the Board waits to do this, the farther back they will have to go to correct the votes.

It's the board that elects its officers, not the public. But the public can be persuasive on how the board votes. Contact board members now and ask them to elect leadership that will change the direction of the board and of the District, by its supervision of the superintendent.

Be sure to read this article about the Loudoun County, Va. school board and its "esteemed" leader, who appears not to give two hoots for the public.

That board is getting a lot of heat from parents over Critical Race Theory (CRT). The mindset of the board seems to be "We know what's best for your kids' education, and you don't."

Meetings are chaotic, as 259 signed up for the public-speaking period.

Just imagine if 259 parents showed up at a Richland 2 school board meeting. Imagine if just 159 showed up. Or even just 59. Where are you folks?

First of all, the scared-to-death Richland 2 board still insists on 30-max at a board meeting, social distancing, pre-arranged seating and only 30 minutes for public comment. Then they ramble on for over two more hours to act like they are taking care of business.

Learn about CRT and show up. This indoctrination of young minds must be stopped.