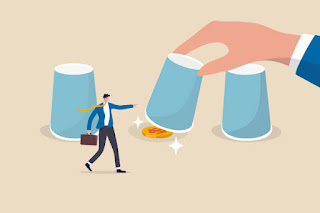 At the March 8, 2022 board meeting everyone got all excited about a $25,000 donation from Service Solutions. Service Solutions has been contracting with Richland 2 for 28 or 29 years; no one was sure which.

Now the reason this may not be such a big deal, or worthy of a photo opp with the trustees and the superintendent, is that the $25,000 was not an unrestricted gift. The staffer called it "a BIG check", and Holmes referred to it as "a big deal".

Yes, $25,000 is a big deal - maybe. But it losts its luster for me, when it was explained that $20,000 of that amount is for ten $2,000 scholarships and $5,000 to the R2 Ready-to-Read program. Will Anderson clarified that the scholarships go to students of employees of the custodial staff (Service Solutions' employees). Will said they are given priority.

Thanks to Will Anderson for injecting truth and transparency into the presentation!

So, in other words, Service Solutions, rather than awarding the scholarships directly to employees' dependents, funnels $20,000 through Richland Two on the condition that it go back to children of its employees.

Is that a "donation"? Really? 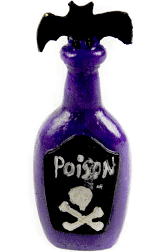 At the March 8, 2022 board meeting there was a COVID-19 Update. Following that update, Trustee Agostini thanked the staff. She also expressed disappointment that the majority of the board had not supported Trustee McFadden's request on February 8th for the update.

Then Trustee Manning just had to have his say. He commented on a logic class he had taken in college, where he learned the term "poisoning the well". He explained what that meant. Listen to this.

Keep in mind that this board just spent hours in TWO workshops titled "Executive Coaching and Parliamentary Procedure". Those workshops were supposed to begin the healing of the chaos, discourtesy and disrespect on the board. Manning's body was there.  Both workshops. You can see it in the videos. But ...

So what did Manning do? He attacked Trustee Agostini for "poisoning the well".

Maybe, instead of logic, Manning's time in college would have been better spent in a class in Professional Courtesy.

Perhaps he feels safe from board discipline because he is part of The Core Four. If a complaint were filed against Manning, the board would hear it. Then the board would vote. The result of that vote would continue to secure Manning's seat, because it would be

Parents of Richland Two students, do you know what the restroom policy is at your child's school?
Aren't most restrooms designated for either boys or girls?
If your daughter is in the girls' restroom, does she want a boy walking in on her? Do you?
Looks like a boy, walks like a boy, talks like a boy? Is it a boy? Or is it a boy pretending to be a girl?
I am so glad that I do not have a child or a grandchild in public schools these days.
So, what's the deal? How is Richland Two handling the transgender issue? Can a boy decide he wants to be a girl and then just walk into a girls' restroom?
What about locker rooms for students who participate in sports and who change into sports clothing or a uniform? Or don their swimsuits? Do girls have to allow boys in the changing room?
So, parents, how do you feel about that? And how do your children feel about it?
Are your children being brainwashed and conditioned in their schools to go along with the woke leadership and policies that somebody else puts together? Did you get a chance to add your input?
What if enough parents go against the flow and say, "No more"? Will they be able to say it loudly and publicly enough that their protests won't get buried in someone's closet?
Just how big is the transgender population in Richland Two schools? 1%? Less than 1%? Should 99% of the students have to put up with something that the 1% want?
What, exactly, are Richland Two's Policies, procedures and Administrative Rules on this topic?
at March 10, 2022 No comments: