Why I write this blog 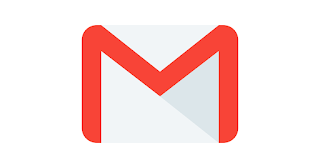 See this symbol at the bottom of each article?

This means you can email the article to someone you'd like to know about it. Please click on it often and forward article. Invite your friends, family, neighbors, and work colleagues to follow this blog. It is my hope that they will be able to make better decisions at the polls on November 9th.

If you owned the $1,000,000,000 that Richland 2 is, would you keep the four who constitute the majority of the board around much longer? Would you tell them to stop bickering and start working together?

What I do see is the counter on this blog. Today it is at 46,760. These are pageviews, not unique visitors. That's up substantially from a few months ago.

Why have I continued to write this blog?

2. Holmes and McKie have never taken the oath-of-office legally. They are not legitimate members of the school board.

3. The school board is in chaos. In all my years in business I have never seen anything like it. The disrespect shown by the majority to the minority (three) members on the board is inexcusable.

4. In spite of two workshops that were to heal the chaos, the chaos and disorder on March 22 were as bad as they have ever been.

You may have noticed that this blog is not monetized. It's free. Please spread the word.

What were some of the lies and omissions at the March 22 Richland 2 school board meeting?

The discussion of Board Policy KE - Public Concerns and Complaints was, to say the least, contentious.

The biggest deception came from Supt. Davis' explanation of the existing Policy. Davis will never be accused of being at a loss for words. Or of being a Man of Few Words. If something can be said in ten words, you can count on him to use 100 or more.

Davis said repeatedly that the Board could be swamped with complaints from the public. He even read the Policy out loud. Yet no one said, "You have told us about the policy, and what you just read is not what you said." Why not?

Certainly the Core Four (Holmes, McKie, Manning, Caution-Parker) would never say that. And Trustees Agostini, Scott and McFadden are too polite to say that. But it needed to be said.

What Supt. Davis never said was that people with complaints probably had already started with the "chain-of-command", as he preferred to call the pecking order. A parent probably started with the teacher and maybe went up to the Assistant Principal and even the Principal, before feeling blown off and then going to a board member for help.

But he would NOT have made a decision without "all the information". Nothing prevented him from getting information from staff or teachers.

Under the old Policy KE, the person who was then dissatisfied with the superintendent's decision had the right to appeal to the Board. And the Board had to hear the complaint.

When the Board voted 4-3 on Tuesday night, it stripped that required hearing of an appeal from the revised Policy. It stripped the public's RIGHT from the policy.

Why would Holmes, McKie, Manning and Caution-Parker want to strip that right from a parent (or even from a community member)?

Ask them. And let us know what they say.

Parents ought to be interested in this FoxNews article about COVID-19, the CDC, and school re-opening data.

How involved in writing school re-opening guidance were teachers' unions?

What about learning loss?

You know that famous phrase, don't you? "I'm from the Government. You can trust me."

The next Richland 2 school board meeting will be Thursday, April 7. Following that, board meetings return to Tuesdays, April 26, and May 10. Put these meetings in your schedule and show up in-person. Watching online is not good enough. Let the board meetings see your faces.

Are you sick and tired of the chaos and the lies? The March 22 meeting had both. Don't settle for it. Pay attention.

And post comments here and write Letters to the Editor of The State, the Post and Courier, and The Voice of Blythewood. Get your letters out where people will see and read them. Post comments on Facebook and NextDoor.

It is imperative that you understand the lies that were told on March 22. Ask the Core Four (Holmes, McKie, Manning and Caution-Parker) why they tolerated the lies! Demand answers.