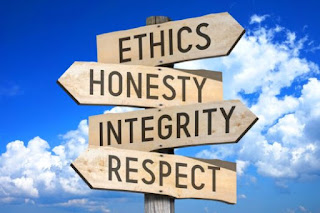 I was reminded again of Amelia McKie's outstanding ethics fines this week, when I read the article on TheNerve.org about ethics fines of two S.C. State Representatives. You can read that article here.

In 2018 the South Carolina Ethics Commission fined McKie. The total owed, when she did not make a payment by 12/31/2018, was increased. Substantially.

On July 10, 2019 the S.C. Ethics Commission filed a judgment for $51,750 against her in the Richland County Common Pleas Court. Look up Case No. 2019CP4003809 here. When you look at the public court record, you quickly see that there has been ABOLUTELY NO COURT ACTION in almost two years.

Is there any explanation at all why the Ethics Commission isn't pushing for collection? Or why Common Pleas Court Judge is allowing this case to languish on the docket without action? Why doesn't the judge summon the Director of the DOR and demand an answer?

McKie continues to be allowed to sit illegitimately on the Richland 2 School Board. She has never legally taken the oath of office. (Neither has Teresa Holmes.)

Gov. Henry McMaster should start chopping off heads at the S.C. Department of Revenue, which is the State's agent for collecting money owed to the State.

The S.C. Ethics Commission Debtors' List carries almost $3,000,000 in debts. Some of it is really high and really old.

Why not collect it? If debtors have to face garnishment of wages, forfeiture of banking accounts and sale of assets (home, cars, boats, motor homes, vacation homes, etc.), why not? Get busy and collect from these deadbeats.

Expect to start seeing more guns after August 16, 2021. That is the effective date for the new South Carolina law that permits holders of a S.C. Concealed Carry Permits (CWP) to carry handguns openly.

My guess is that most CWP holders will not carry their guns in the open; i.e., visible and not covered by a jacket, shirt or sweater.

But some will, and no nefarious reason should be assigned to their doing so. The law allows it.

Some people will worry. "OMG, he has a gun!"

Now is a good time to understand the new law and to begin explaining to your kids what the law is and why they need not be concerned, if they see a man (or a woman) carrying a gun. The bill that became law is H.3094.

Some armed citizens will merely be removing their jackets to enter a hot car, or leaving a car and then donning a jacket or other garment to cover their guns. You may see their guns. Others will be shopping or out for a walk or buying gas. Just ignore the gun.

Or say Hello to the person. Thank him or her for being armed. You are safer because of that person.

Should the sight of a gun concern you to the point that you feel the need to call the sheriff's department, report exactly what you see. Do not exaggerate, or every cop in the county will show up.

On September 18, 2010 five armed men went to lunch at Culver's in Madison, Wisconsin. Upon seeing these men enjoying their burgers, but armed, a woman called the Madison P.D. The dispatcher, knowing that open-carry was allowed in Wisconsin, asked if the men were causing trouble. The woman told the dispatcher that they were not, but she was "worried".

Eight cops showed up, hassled the men who were legally carrying and arrested two for obstructing justice and all five for disorderly conduct. That was in spite of an Opinion Letter by the Wisconsin Attorney General that the sight of a gun should not be considered disorderly conduct, absent any other problems.

Charges were eventually dropped and the Madison PD settled for $10,000.

One cop could have shown up, observed the guys having lunch, introduced himself, indicated why he responded, confirmed no crime was being committed or was about to be committed, and departed. Instead, the cops flexed their muscles. And were wrong.

Maybe this is why SLED wanted a 90-day delay for educating South Carolina cops. Still, it could be handled in one roll call. No need to wait 90 days. But laws are the result of compromises; so it's 90 days.