Were you at the January 25th board meeting?

I'm looking for more witnesses who were there at the time I introduced myself to "that woman" in the front row. You know, the one who turned out to be Mrs. Davis.

When I spoke with her, all I said was, "Hello, my name is Gus Philpott."

What she shouted was, "I KNOW WHO YOU ARE! DON'T TALK TO ME! GET AWAY FROM ME!"

If you saw this interchange or know anyone who did, please let me know. Thanks.

Is this what she saw, when she looked at me? I even asked this question that night, before I left. Not to her, of course. 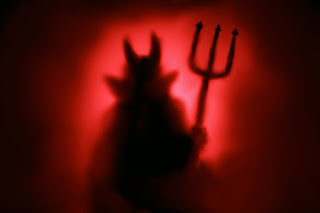 Below is an open letter to the Richland 2 school board, asking Teresa Holmes to step down as Board Chair.

Members of the Board and trustees-elect Holmes and McKie,

Trustee Agostini's suggestion that the Board learn how to handle the removal of items from the Consent Agenda was exactly correct. The supt. knows. Manning should know. McKie as Board Secretary (sort of) should know.
Teresa's statement that things were done properly was exactly WRONG.
Result? You (Holmes, McKie, Caution-Parker, Manning) failed in your fiduciary duty and approved Minutes with major errors. Why would the Board Secretary McKie let you approve Minutes that are not accurate?
The Minutes are supposed to reflect correctly what happened at the previous meeting. How many of you didn't even read the Minutes? If you had, you would have seen that the recording secretary left the "boilerplate", as I called it last month, in the draft Minutes. These Minutes, and the Minutes of the December 14th meeting, should be corrected at the next meeting.
Mrs. Agostini said, "I move ..."
Teresa asked Lindsay if she was making a motion. Please explain to Teresa that "I move ..." and "I make a motion" mean that the Trustee is making a motion. And after all the disorder, ask Teresa not to ask then "Is there a motion?" That makes her look totally incompetent.
If Teresa had been listening to Mrs. Agostini, she would have heard, "I move ..."
I urge you to elect a competent Board Chair for the remainder of the term to June 30, 2022. You're running a billion-dollar business with a $300,000,000+ annual budget. Teresa should step down for a number of reasons, not the least of which is that she is not even a legitimate board member. When she previously (and illegitimately) served as Vice Chair, she should have mastered Robert's Rules of Order and learned how to conduct board meetings.
Gus Philpott
at January 31, 2022 No comments:

I am humbled by the rapid increase in readership of this blog. Thanks to each and every reader.

As you know, this blog is not monetized. I write it out of concern for what is happening in Richland School District Two.

Here's how you can "pay" me. Please share this blog with 1-2 other people (or more). Anywhere in the country. If they aren't here in Columbia, S.C., perhaps some of the ideas will help them where they are. My "pay" is the pleasure of seeing the counter rise rapidly. Today, the counter reads 34088.

To share an article, just click on one of the boxes in the string of five little boxes at the end of this article. Enter your friend's (or enemy's) email address.

I never see to whom it sent. I don't keep any records like that. I don't even think a record exists. Well, at least not where I can see it. The more, the merrier.

And please comment on articles. I understand the hesitation. You may fear retaliation or retribution. I get it.

I don't even remember if I have to "moderate" comments. I will approve any comment that is not profane or defamatory (anonymously) of others. If you wish to defame someone and I recognize the sender's email, go right ahead. It's your bank acoount, not mine.

Shut down by NextDoor.com

Yesterday (1/30/2022) afternoon NextDoor.com abruptly suspended my account, without notice or warning.
There were two active threads running. I had started one before the January 25th school board meeting, and I had started the second one earlier on Sunday morning.
There were many comments on both.
At 3:40PM Terrence Cummngs posted on NextDoor
Although I had blocked Terrence sometime back, I received an email of his post. I certainly did not intend to close the post, just because of Terrence's opinion. Is it possible that he had had something to do with the suspension of my account, since he is a neighborhood "Lead"?
This petty "cancel culture" nonsense is continuing to drive a wedge between people in the United States and worldwide.
I've been in Twitter Jail since June 2020 because of a tweet to Michael Smerconish one Saturday morning. His show about looting on the West Coast, and I tweeted, "Looters should be shot."
I guess I'll have to serve a life sentence in Twitter Jail, because I refuse to retract that statement. It's even truer today.
After much searching, I found a page through Google for the NextDoor Help Center and sent the following message to them. My account was suspended once before. When I complained, it was restored and posts were re-published.
"Please explain, specifically, why my NextDoor account was abruptly suspended on 1/30/2022 without warning or advance notice. I had two active threads running about the chaos with our local school board, Richland School District Two (or Richland 2 School District (or Board)). Please provide your direct email address and phone number, so that I may resolve this as quickly as possible, restore my account and have the two threads restored without loss of content. Thank you."
at January 31, 2022 No comments:

The Richland 2 school board is scheduled to hold a Winter Retreat (fancy word for "workshop") on Friday, February 4, 2022 at R2i2.

It may have been originally planned as a Robert's Rules of Order training. We all know the board needs that.

Now it's possible that a portion of the day will be used to address the chaos on the board that only last Friday Teresa Holmes told the world through WIS-TV doesn't exist. Teresa said there is no chaos. She said there are just three chaotic members (meaning Agostini, Scott and McFadden). Holmes was wrong; Agostini, Scott and McFadden are the three cool heads on the board, who are continually stymied by the majority vote of The Core Four.

Years ago in Denver I heard this line: "They don't. do anything wrong. They don't do anything - and that's what wrong." That applies to thie board. The "They" are the Core Four, who rule (because they are the majority).

The Chair creates much of the chaos, because she is either ignorant of, or chooses to disregard, common courtesy and Robert's Rules of Order.

The Vice-Chair contributes to the chaos, because he fails to coach the chair in a way that she learns to conduct meetings properly. There is no evidence that he is telling her what she is doing wrong.

The Secretary, because she allows errors in the Minutes to be approved without corrections and because she clams up, instead of confronting the chair on major errors in protocol during meetings.

Nobody disagrees with Teresa. She continually says everyone is entitled to his own opinion. What she means is, either you agree with her or your opinion is wrong.

The trainer or consultant, whoever he (or she) is, has his work cut out for him on Friday. Will he use integrity* on Friday? Or will he be "nice" (and hope to get hired again).

Will the trainer use Radical Honesty? If you haven't read this book by Brad Blanton, I suggest it. He is "hard core" about telling the truth. You always tell the truth.

The problem with that philosophy and this board, is that they don't want to hear the truth. If they did, the chaos would have ended months ago and Friday's Retreat would have a different topic.

* Integrity - "to tell the truth, with compassion, from a point of view of personal responsibility." (A definition from a personal growth workshop in Denver in 1983)