The South Carolina Ethics Commission has confirmed that Amelia McKie still owes $51,800 to it.

This means that she has not paid one penny ($0.01) of her debt. A judgment was filed in the Richland County Common Pleas Court on July 10, 2019 - almost two years ago! Not. One. Penny.

And this is a person allowed to sit on the school board in Richland 2 (even though she has never taken the oat of office legally).

Why wouldn't the S.C. Department of Revenue be taking all steps to collect that $51,800? Is it possible that, if they think the debt is not collectable (or not collectable in full), then they just don't even try? Are there other creditors perched like crows on the clothes line, waiting for someone else to make the first move?

Should a trustee of the school board have impeccable credentials and credit worthiness?

If McKie paid just $1,000/month toward her debt, it would take her 52 months. More than four years!

But no payments? Does that mean that she is never going to pay any of it? The DOR should get busy and grab whatever it can, while it can. And if an elected person (not an "official", since she isn't even a legal school board member) has a huge financial responsibility, maybe that person just needs to be honorable and resign. I see a bankruptcy down the line, don't you? Would that cause cancellation of any bond she has for the school district?

What's up, Amelia? Do you ever plan to pay any of your debt? What's your plan? Do you even have a plan?

Should the State of South Carolina Department of Education dissolve the Richland 2 School Board?

That idea came to mind as I read the article in  The State by Zak Koeske, published on April 18. Zak's article described the interest of the S.C. DOE in taking over the boards of low-performing school districts.

Since November 13, 2018 the Richland 2 School Board has seated two women illegally. The two women have refused to take the oath of office legally; therefore, they are not legitimate members of the board.

But the legal members of the Board did nothing.

Therefore, they are culpable and responsible for failing to act. They are failing in their duties and responsibilities to the taxpayers of the Richland 2 School District.

One or two of the legal board members may believe and agree that the two women do not belong on the board, but they are the minority of votes.

Who are the two women illegally on the board? 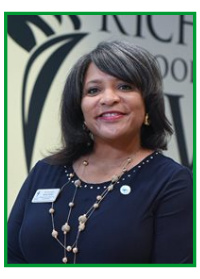 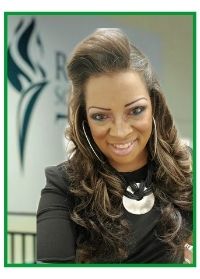 To become legal members of the Board, all they have to do is take the oath of office.

According to South Carolina law, after you are elected, then you (1) file your SEI. Then you (2) take the oath of office, and then you (3) assume your office responsibilities. It's as easy as that. 1-2-3.

Next time you see McKie or Holmes, ask her when she is going to take the oath of office legally.

Each is usurping public office. This is a serious legal offense in the State of South Carolina.

Here's what they will tell you.

- "I haven't done anything wrong." That's not true.

- "The Ethics Commission says I'm a legal board member." No, it hasn't.

- "Nobody told me about that." - Surely, two people running for office should be able to read the rules for taking office.

The School Board refuses to address this issue in public session. The District takes a "holier than thou" position that it does not have to explain itself. Kind of reminds me of Nixon's statement, "Trust me. I am not a crook."

What say you? Should McKie and Holmes be blocked from continuing to act like School Board members until they take the oath of office?

As soon as they do take the oath, the School Board will then have to review every vote taken on and after November 13, 2018. The votes of McKie and Holmes will have to be removed. Some decisions will change. A 4-3 (passing) vote that includes McKie and Holmes voting For, will change to a 2-3 vote (failing). Some board meetings will not have a quorum (5 legal members) and business taken care of will be invalidated.