Family Assistance Fund - what is it? 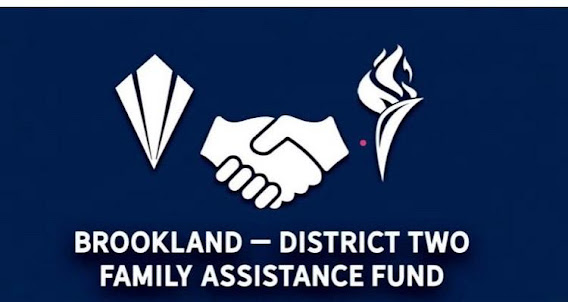 Areas residents are becoming aware of this fund through publicity involving the church and large donation to Brookland Baptist Church Northeast from a family.

When was this venture approved by the Richland 2 School Board? Or was it?

The type of venture cannot just be fired up by the superintendent, because it could involve liability on the part of the school district and possible disclosure of personal information pertaining to students, including minors.

One media article mentioned $50,000 from the church to help homeless students. Under what provision might the District provide information to the church about any student, homeless or otherwise?

Perhaps someone will enlighten readers here of a formalized agreement with the District that the board members have approved?

A Mom Speaks out

You don't want to miss the remarks of Ms. Irina Stephens (sorry if I erred in the spelling) at the October 25, 2022 board meeting.

She spoke about the Whole Child Survey of students (as young as fifth grade) that did not require parental consent or provide for opting out.

She particularly objected to Question 1, which was "What is your gender?" Mark one response:

Prefer Not to Say

She said that there are two genders and that "children are in school to learn and not to be subjected to liberal ideological grooming".

She asked the board to STOP gender promotion to minors in school.

Three cheers to this mother who spoke on Tuesday night. Be sure to listen to her words.

In other words, if you donate money to RSD2, can you take a tax-deduction for it?

A donation to a church is tax-deductible, assuming IRS regulations are followed.

But, if RSD2 is not a tax-exempt organization and money is donated to a church is intended FOR a school district, could the donor lose his tax deduction?

Somewhere in the world there is probably a CPA who knows the answer. 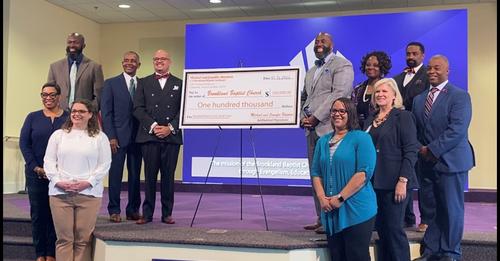 Photo credit: WLTX.com
On Chris Leevy Johnson's Facebook page today is a picture of a group at Brookland Baptist Church Northeast at a check-donation ceremony. Johnson wrote: "Church donates more than $100K to Richland Two for school meals and homeless students."
The caption under the photo is "Church donates more than $100K to Richland Two for school meals and homeless students." There is a large (display) check "signed" by Michael and Jennifer Boynton.
There is just one "huge" problem. The check is made out to Brookland Baptist Church. The generosity of the Boyntons is surely to be acknowledged and appreciated.
Reference in the associated WIS-TV (friend of Richland 2) story was made to the school meal debt that was discussed at school board meetings earlier this year.
That debt arose because of mismanagement by Richland 2. It's hard to know yet whether the Boyntons are bailing out Richland 2 or if the money is for students going hungry today.
No students are going hungry. Many get free meals and many more get reduced-price meals. Others pay for meals, if they want to eat. If they spend their lunch money at GameStop, they can go hungry.
The District never should have gone begging for money. The superintendent should have "bitten the bullet" and should have acknowledged the internal accounting errors that allowed the meal debt to accumulate to $100,000.
As to the donation, Supt. Davis said today, "Brookland Baptist will be the custodian of the funds for the time being."
What in the world does that mean? Well, for starters, it means that the money has not reached Richland 2!!!
at October 27, 2022 No comments: