Is the board chair providing daily updates to the trustees on Supt. Davis' health?
Do they know when he will return to work and whether he will return full-time?
Has the authority for running the District been turned over to the second-in-command, whoever that is?
Why do I ask? Richland School District Two is a business that is rolling along on a $300,000,000+ annual budget, delivering education to 28,000 students and employing 3,000+ men and women.
Seven Trustees are responsible for directing this business. What's in place are five legal trustees and two trustees-elect. So I guess the true situation is that five trustees and two usurpers are directing the show.
But are they? They should be, but are they?
Take a really close look at this board. If Richland 2 were a Fortune 500 business, would you want that board directing business? Seriously?
There is an election coming up on November 9, 2022. Four trustees (as it happens, it's the Core Four (or The Squad)) will watch their terms expire. They are Holmes, McKie, Caution-Parker, and Manning. All four should not be re-elected.
The District cannot afford a repeat performance of the opening of the first 15 minutes of the January 11, 2022 board meeting.
Which of the trustees would have qualified for this seat at the Jan. 11th meeting? 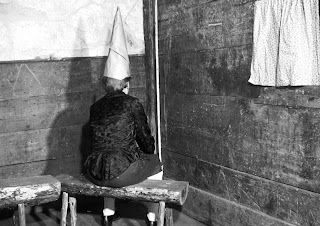