(1:45:00) Holmes called for the Question and asked for the Motion to be reiterated.

At this point in the meeting, the agenda has not yet been approved! Manning previously called for the question, although Holmes gave the nod to McKie for doing so.

I wonder whether any of Holmes' pastors were there. If so, how ever were they keeping a straight face?

(1:45:17) Agostini called a Point of Order, while McKie was explaining that she had made the motion and that Caution-Parker had seconded. The Motion was on the projection screen.

(1:45:27) Agostini was recognized. She reminded the chair that before they could vote on the Motion to Approve the agenda, they must first vote on Manning's Call of Order (Agostini meant Question). NOTE: While Agostini is speaking, Holmes is having a side-conversation with Manning!

Holmes said she didn't hear Agostini. How could she not hear the loud and clear statement by Agostini? That's because Holmes was NOT PAYING ATTENTION!

At this point, Holmes is lost in space.

McKie rescued her by stating that Agostini called for the question. (Manning had actually called for it, but Holmes had nodded to McKie.)

Manning seconded. Holmes said, "Let's call for the vote." Passed unanimously. Holmes is again lost. Note: it was the Call for the Question vote that passed; not the Vote on the Motion to approve the agenda. Holmes begins scrolling on her tablet; she's lost and doesn't know what to do next. Holmes hands her tablet to Manning. She ought to know what to do without handling her tablet!

Holmes announced that the pending Motion (to Approve the Agenda) passes 7-0.

Holmes said they'd now go to Item 4.1 Superintendent's Contract. Notice the confused look on her face. She asks, "Are we on that?"

Someone informs Holmes that the Motion to Approve the Agenda did not pass unanimously. Holmes tells Agostini that she thought Agostini voted in the affirm. Agostini corrects her and says she voted to approve the Call of the Question.

McKie begins speaking and explains to McFadden what is happening.

Holmes expresses her confusion. "Let's get some order. Let me get some clarity, please. Where [sic] we at, Mr. Manning?"  Hello, isn't there supposed to be verb in that question?

Motion by McKie to approve the superintendent's contract, including the previously-approved contract extension to 6/30/2025; 4% raise effective 7/1/2021; 18 month severance pay, payment of unused leave if he dies under contract. Second by Caution-Parker (of course).

Holmes asks if there is another motion. Asks McKie to re-state her primary motion.

Scott wanted to speak. Holmes stopped her, because she hadn't called for Discussion yet. Pause. Now there's discussion.

Trustee Scott expressed sadness that no compromise could be reached to achieve a unanimous vote on the contract. Referred to "people" (meaaning some board members) who are control freaks, "my way or the highway". Would not compromise on even one minor thing.

Manning objected to use of "control freaks". Someone should have called a Point of Order. His comment had nothing to do with the contract. It was NOT germane, whereas Scott's comment was germane. Manning criticized Scott without naming her. Crude and disrespectful, and can't cover it up with "nice".

(1:56:40) Manning said, "Dr. Davis does not have two annuities in his contract." So, it seems to me that he must have one. Does the public know about that? How much is the contribution to that annuity?

Holmes said, "Mrs. Agostini, I AM THE POINT OF ORDER at this time."

Agostini supported what Scott was saying and got interrupted by Holmes.

Where is a PARLIAMENTARIAN???

Holmes claims even individual prior research that was later mentioned in executive session cannot be stated in public. HOLMES IS ABSOLUTELY WRONG.

Agostini had a Point of Order on the floor, when Manning called the Question. Many were talking at the same time. One trustee didn't know what they were voting on.

Somebody off-camera and off-microphone was talking and explaining something. Manning was having a side-conversation with McFadden. I called out "Can't hear." Manning turned on his microphone and spoke to the board and the audience. He explained incorrectly that the vote on the contract would follow the call of the question.

However, Agostini had a Point of Order on the floor that preceded Manning's Call for the Question.

Vote on the Call for the Questions: 5-2 Passed

Vote on Motion to approve the contract: Holmes announced, "Motion carries" without stating the vote, which was 5-2.

Trustee Scott was recognized. She thanks the pastors who attended and asked them to continue to pray for the board. She asked for everybody here to back to the board meetings for budget, mask mandate policy.

(2:07:20) Holmes claimed a Point of Privilege ahead of McKie. Holmes should have yielded to McKie. Holmes had a prepared statement to read. She further wasted the time of the board and the community with unrelated comments relative to the purpose of the meeting.

McKie asked for a Point of Privilege to toot her own horn. Barf.

The superintendent read a prepared statement. Whatever happened to spontaneous remarks?

Perhaps I ought to stock up on these and distribute them at future board meetings. 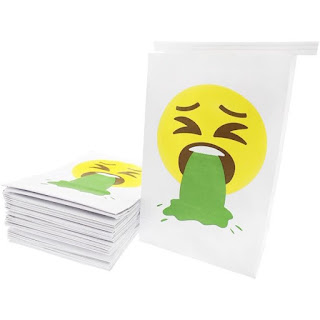